Client Profile: The California School Boards Association based in Sacramento is a nonprofit education council that represents the elected officials who govern public school districts and county off… 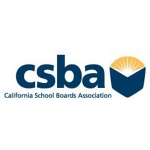 The California School Boards Association based in Sacramento is a nonprofit education council that represents the elected officials who govern public school districts and county offices of education. The CSBA brings together school governing boards and administrators from district and county offices to advocate for the effective policies that advance the education and well-being of the state’s 6 million K-12 students. With a membership of nearly 1,000 educational agencies, CSBA provides policy resources and training to members through legal, political, legislative, community and media advocacy.

In early 2013, Erin Kniesel had established an appointment with Jason Musselman of CSBAs I.T department. Jason had informed Erin during their meeting they were in a “crisis” with a situation with Xerox that he inherited as he was new to the organization. They had recently entered a 60 month lease for 4 MFDs & Xerox’s “follow-me” print program, cost centers and usage of tracking system. The system would have frequent malfunctions resulting in loss of productivity and frustrate the office personnel. CSBA was so fed up with the issues it was causing that they took their case to their legal counsel where they successfully broke their contract with Xerox.
The CSBA looked at a few vendors located in Sacramento but did not want to lock into another company unless they could deliver. After the initial meeting at CSBAs location, we identified that their primary concerns were service & pricing. Once they had reviewed all other proposals, they set up a meeting with the two most qualifying vendors: RMC and Caltronics. Representatives from the CSBA to came see the technology presentation hosted by Dean Decker, Jason Milan and Erin Kniesel. They demonstrated uniFLOW & Xmedius fax functionality. They liked what they saw.
By the conclusion of the three hour meeting, CSBA offered the account to Ray Morgan based on what we could deliver.

The installation went smooth, Erin set up the conference between Jason Musselman and Managed IT Services to plan the implementation. All parties agreed to a plan and executed it seamlessly.
Our solution helped CSBA in the following ways:

Ray Morgan had created a huge overall cost and time savings for CSBA allowing employees to focus their efforts on core tasks, rather than taxing their time at the copy machines.