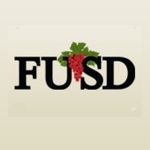 Fowler USD is located in Fowler, California in Fresno County. District school operations: three elementary, one middle, one high school and two alternative schools. Total student enrollment: 2,325. Teachers and administrators: 323. As with most California schools, budget pressures and deficits are a fact of life.

In 2009, Ray Morgan Co. Sales Executive Connie Hanson and District representatives discussed the possibility of Ray Morgan assuming responsibility for service repair, parts and supplies for the District’s entire fleet of 56 printers. At the time, the District had a longstanding relationship with another vendor. Consequently, District representatives expressed no interest in expanding discussions with Ray Morgan, deciding to remain with their current vendor.
Almost two years later, during a Fresno school administrators’ conference, Fowler USD Superintendent Eric Cederquist met with Ray Morgan Co. Vice President Tito Molfino. They discussed the benefits of allowing Hanson a 15-minute presentation to introduce the value of a Document Technology Assessment (DTA). Hanson was allowed the opportunity to conduct a comprehensive DTA to determine the district’s total document output monthly costs, output volumes and workflow. From those findings, presented in written report format, flowed substantial recommendations.

Fowler USD had 13 equipment leases with 4 separate leasing companies. All leases had different end dates, most with more than 3 years remaining.
Each lease agreement contained different contractual terms: each placed different end-of-term responsibilities on the district. The result was higher administrative costs for the district plus the probability of COSTLY automatic one-year extensions.
The District also had 13 separate maintenance agreements with individual minimum volume requirements that did not reflect the district’s usage for each respective asset.
Overall leasing plus maintenance agreement costs were $16,885 per month. Overages were $2,057 per month. Total annual expenditure was $202,611.

The proposal Connie Hanson submitted to the District clearly demonstrated how all these goals could be realistically achieved at a cost of $159,000 annually, thus saving the District $250,901 over the course of a new five-year term.

With District approval, installs and required paperwork with all approvals were executed efficiently with minimum staff inconvenience. Required training and reconfiguration work was accomplished expeditiously.

Essentially, by conducting a thorough document technology assessment, Hanson was able to make recommendations leading to improved efficiency and productivity, in part, by providing print and scanning enhancements, plus, she showed the District how to save $250,901 over five years, not to mention the savings involving in combining multiple lease and maintenance invoices.