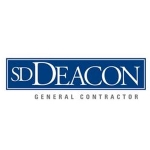 SD Deacon Corporation is a General Contractor with a suite of specialties in new construction and remodel. It operates with 14 divisions, including SD Deacon Corporation of CA, of OR, of WA, Remco Deacon and JRRoberts/Deacon, inside of 5 locations; Sacramento, Irvine, Pleasanton, Portland and Bellevue. Currently they have over 400 employees and operate with its Senior Staff primarily in Sacramento.

Ryan Bigley reached out to SD Deacon in May 2012 and began conversations to gain a meeting. (The original contact point was made on a good old fashioned cold call where he walked in asked to speak to the person in the office that would be interested in saving the company money) From that point a lasting and trusting business relationship was created with a strategic decision maker with SD Deacon; Joanne Sutherland. The key contact and decision makers involved were Joanne Sutherland (OM), Curt Mills (IT), Richard Smith (President) and each locations respective Office Managers.

The Assessment process began after a business conversation at the contact level around Growth Management, Vendor Management, the cost and pain associated with multiple technology platforms, database applications and all the other “noise” getting in the way of clean builds and max profit for SD Deacon. Quickly in the discovery process it was realized the play was an Enterprise strategy; focusing on a lack of standard processes, branding, contracts, vendor, technology and relationship. Ryan visited all locations to cement relationships, build a good reputation, gather real time analytics and uncover greater pain and risk inside of their current situation – which was multiple branded MFP’s from multiple vendors in multiple locations; no strategic vision, no workflow component, no security or reporting functionality, a lack of synergy between in house and jobsite locations and a ton of invoices paid monthly. Ryan knew there was opportunity to help SD Deacon improve their position. A Time & Motion study was completed to expose additional operational expense to help identify the true cost of SD Deacon’s current situation. The spend yielded in the T&M study along with the value conveyed in the new technology and partnership helped create a compelling urgency from the prospect, a documented savings in overall spending and a willingness to proceed with an RMC solution. Erick Miller, Jason Milan, Dean Decker and Mark Stephens played instrumental roles during this process.

Why RMC Was Selected:

Once the assessment was completed, validated and the findings presented to the Senior Leadership at SD Deacon the full scope of the projects capabilities were realized to both parties. The next logical step in the process was architecting the solution to meet and exceed the business and operational challenges exposed in the assessment. By this point in the process there was distinct separation between RMC and the current vendor in terms of positioning to earn the business and the ability to manage the relationship going forward. SD Deacon chose the RMC solution based on the depth and detail of the assessment; no other company competing for the business had visited every location, understood each locations business processes and challenges, detailed the time, motion and workflow of various key departments or led with innovation, security and device management components that not only solved current challenges but created forward thought leadership into what to expect in the near future with their users and technology. When contract negotiations began, the RMC leasing flexibility played a critical part in allowing SD Deacon to confidently enter into a 5 year Enterprise level agreement with custom language to protect their out of state interests. The body of work in the assessment, the innovation and the people behind the RMC solution made a difficult decision an easier one for SD Deacon.

We pushed 17 Ricohs, 3 Konica Minoltas and 2 Xerox MFP’s out the door, also we consolidated single use, unsecure printers and migrated the volume evenly to an MFP platform. The marketing and branding strategy for each location was standardized. We moved the Enterpise to a single Master Agreement and compressed the AP burden and # of processed invoices. UniFLOW was installed for secure print, authenticated workflow, reporting and just tied in their existing HID cards for user adoption and ease of use. Erick Miller and Ryan vetted, validated and revised the proposal until version 12 was ready to meet the President. Ryan presented to the President and Key Contact in July of 2013. Once customized contract T’s & C’s were crafted with the help of Sam Pulino and Steve Mallory we had an executed agreement and implementation schedule. With that RMC had a great new Major Account, 24 Net New Canon placements, 12.6M new bw images and 2.4M new color images. SD Deacon achieved operational improvements in all departments as well as clearly defined spend reductions.

The installation showcased RMC’s ability to intimately engrain ourselves with the customer to roll out a complex solution. Erick Miller’s team worked tirelessly and autonomously to complete the install and eventually create true customer delight. Based on unique internal and external circumstances the rollout was executed over a 30 day period, and like most complex implementations, it was not without its challenges, but with professional diligence and constant communication it was completed and operational to the delight of both parties.

The authenticated workflow and secured print solution is allowing for greater operational efficiency, less time and less waste in key workflow areas for SD Deacon. A single vendor platform is increasing service accountability, uptime and performance of the fleet. One point of contact is allowing for greater collaboration and strategic partnership for the entire Enterprise. Overall there is a realized cost savings have migrated to RMC as their primary technology vendor.

Stars of the show in presales were Erick Miller, Mark Stephens, Jason Milan and Dean Decker. Stars of the show in post-sales were Phil Kustner, Jeremy Vessely, Erick Miller, Jason Milan, Steve Mallory, Dean Decker and Sam Pulino. The takeaway from the team component was nothing of size and scope will ever occur as successfully as this without the collective efforts of RMC and the Client working as a team.