Client Profile: The City of Ione was founded around 1849 and was incorporated as a General Law City in 1953.  Located 30 miles northeast of Stockton, Ione is Amador County’s largest city. … 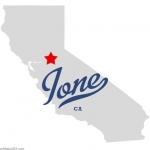 The City of Ione was founded around 1849 and was incorporated as a General Law City in 1953.  Located 30 miles northeast of Stockton, Ione is Amador County’s largest city.

The opportunity at the City of Ione was uncovered through the use of RMC’s rainmaking process.  Eric Olson reached out to Ed, the City Manager, and to Janice, the City Clerk, during a Rainmaking blitz held in the Stockton office.  While the first phone call and first email went unanswered, the second round phone call gained an appointment with Ed to review our Document Technology Assessment.

Following the initial meeting with the City Manager it was determined that a full DTA was appropriate for the City.  During the DTA is was discovered that the City was struggling to meet the requirements set forth by laws governing public records requests, had an unmanaged and archaic IT infrastructure, and had numerous operational processes that were in dire need of automation.  Eric Olson partnered with Stockton’s IT partner, Coneth Solutions to assist with the IT infrastructure portion of the DTA.

Why RMC Was Selected:

The professionalism and attention to detail provided during the assessment process along with RMC’s focus on delivering a total customer solution rather than “selling a machine” was key to RMC winning this customer.  The seamless partnering with Coneth combined with a proposal that was built around the successful implementation of both IT and Document Technology solutions, wrapped up with a cost savings to the city ensured a unanimous approval for Ione’s City Council.

RMC proposed that the City of Ione implement a Laserfiche ECM solution layered over the top of a complete revamping of their IT infrastructure including new servers and a managed IT program.  The Laserfiche solution solved two key business issues for the City.

Implementation is set to begin the third week of August.  City Council approval for the Laserfiche System occurred at the end of June and the approval for the managed IT offering along with the $40,000 IT upgrades and the $50,000 HVAC upgrades needed to support the new servers occurred on August 5th.  Once the new servers are installed, implementation of the program will begin.

Although implementation has not occurred yet, the partnership between RMC and the City continues to grow.  The City is preparing to purchase stand-alone scanners to assist with bringing current paper documents into the Laserfiche system and during the most recent customer visit, the City Manager expressed his desire to install Samsung digital displays in the City Council chambers to assist with communicating to the public during City Council meetings.  Finally, the city will need to upgrade their existing output fleet in 30 months and RMC is set to earn that business as well.

This win would not have happened without the efforts of Jeff Angstadt, Mike Bennett and Nathan Gamble.  These three gentlemen worked diligently to get to the heart of the customer need, customize a solution to meet that need, develop the specific Laserfiche solution complete with quotes and ensure Eric was prepared to close the deal.  All three were willing to do whatever it took to ensure we won the deal.  In addition, Andreas Witt worked directly with Eric to ensure we had uncovered ALL of the customer pain and to help sort through the customer’s unusual workflows to ensure we proposed a complete solution that truly met the customers’ business needs.